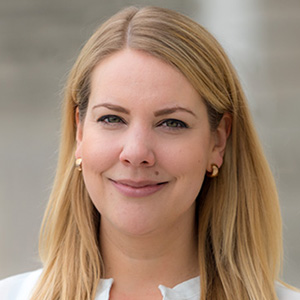 Frederike Helmert was born in Münster. She spent two years living on the east coast of the United States and finished High School by getting her High School diploma.

After finishing school in Germany she studied law. During her studies she had a special focus on tax law. Parallel to her law studies she earned a degree in the special language training in the anglo- american law system.

After passing her first bar exam she completed her legal clerkship in Münster in 2018. She was admitted to practice as a lawyer by the Bar Association Hamm in 2019.

Prior to working for Möllenhoff Rechtsanwälte she worked for a law and tax consultant firm where she advised private persons and companies in all aspects of law, especially tax law.

The global network Consulegis granted her the Dr. Thomas Marx Award in 2019 for her paper:"The World Trade Organization: Its structure and essential tasks followed by an analyze of the emerge of long-time changes in international trade policy with a special focus on Donald Trump´s presidency in light of its effects on the Organization an he multilateralism as a fundanmental principle".